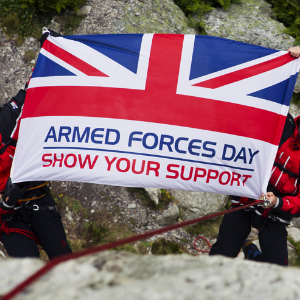 Cumbria, Northumberland, Tyne and Wear NHS Foundation Trust (CNTW) is marking Armed Forces Week (21-27 June) by celebrating the recent launch of a new Staff Network for veterans and other employees who have links with the armed forces.

Richard Lloyd, Head of Business Development and Finance for North Cumbria at CNTW, joined the NHS in 2016 after a 28-year career in the Army. As co-Chair for the new Staff Network, Richard said, “I am delighted that we have recently set up a Staff Network for Armed Forces and Veterans at CNTW. I hope that, like our existing Staff Networks for BAME, LGBT+, and disabled staff, it will help us to better serve and support our colleagues and services users who have links to the armed forces. 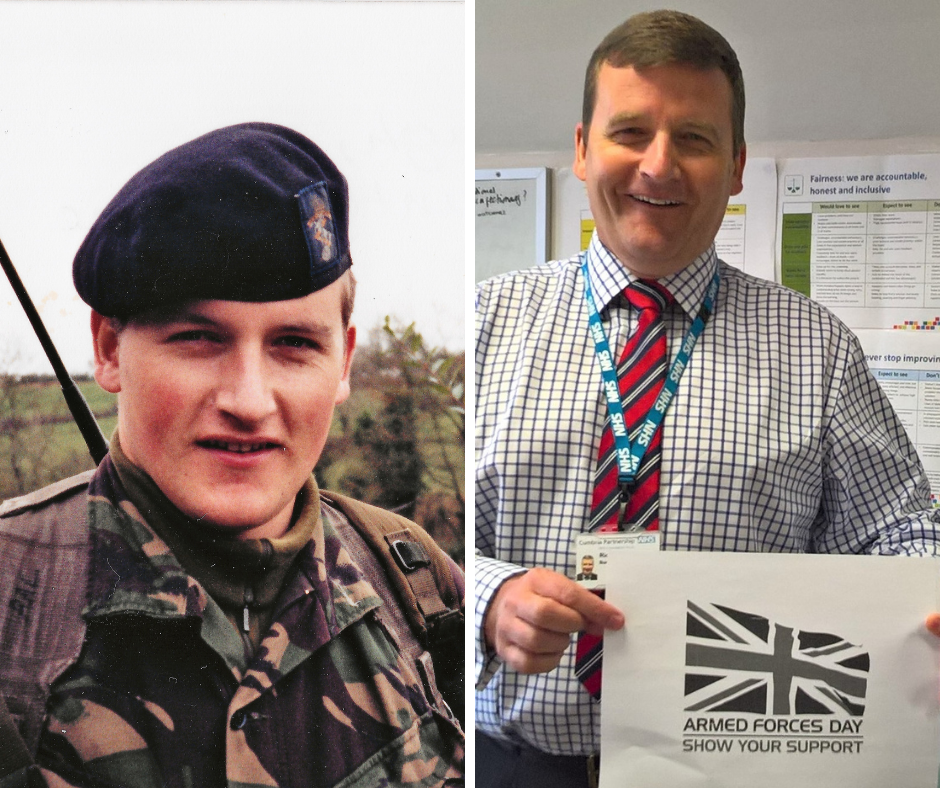 “We will also be working closely with colleagues within CNTW and at the Career Transition Partnership to support recruitment activity aimed at armed forces personnel and veterans. I know first-hand how valuable the skills and qualifications gained in the military can be to roles within the NHS, and how rewarding it can be as a second career.”

(You can read more about Richard’s own move from the Army to the NHS here.)

Staff with responsibilities for the Trust’s specialist veterans’ services will also be involved. CNTW is a leading provider of mental health and disability services across the North of England, and provides specialist services for veterans who are experiencing severe mental health problems. Many of CNTW’s staff have a military background and enjoy the chance to use the skills they developed in the armed forces to support others.

David Goldsmith, now a Clinical Manager for the Trust’s Forensic Community Teams and Secure Care Services and also co-Chair of the new network, said: “I had family who had been in the Army, so I decided to join The Light Infantry as a junior soldier when I was 15 and a half years old. Joining the Army was an excellent career move; I completed a number of challenging and varied courses, which were quite inspirational and life changing.

“However, I am aware of the struggles which some have encountered on leaving the armed services; we are in a fortunate position to support those who may be experiencing challenges in their lives.” 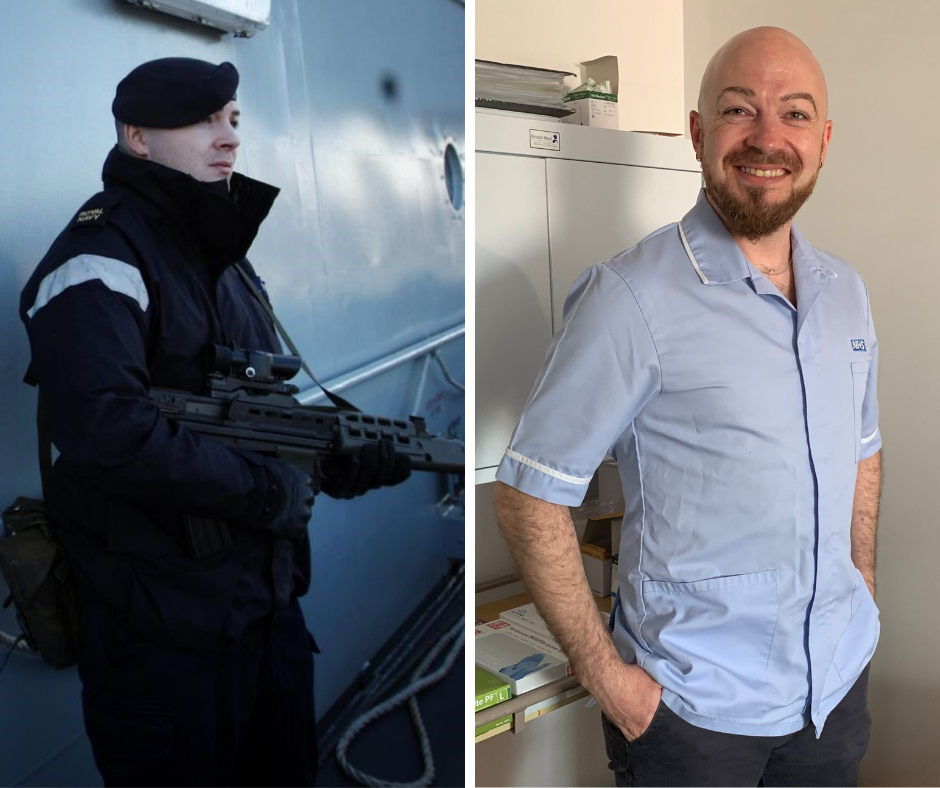 Ed Warrington currently works as a Community Clinical Support Assistant at the Molineux Centre in Newcastle. Ed served all over the world with the Royal Navy, and had his first experience of delivering mental health services whilst serving: “When I was on HMS Mersey, we were part of Standing NATO Maritime Task Group 2. We were charged with aiding civilians making the crossing from Turkey to Greece in substandard vessels. I was nominated to train as a Trauma Risk Management Practitioner.

“The idea was to be able to debrief my shipmates who might have witnessed trauma, and signpost them to further mental health services if needed. I really enjoyed the course, and it definitely foreshadowed my future career with CNTW.”

Ed qualified as a teacher after leaving the Navy. However, after meeting two nurses who worked in the Newcastle Crisis Team, he realised what a wide range of mental health services were available in Newcastle. “I applied for a job as a Nursing Assistant at CNTW, and I haven’t looked back!” 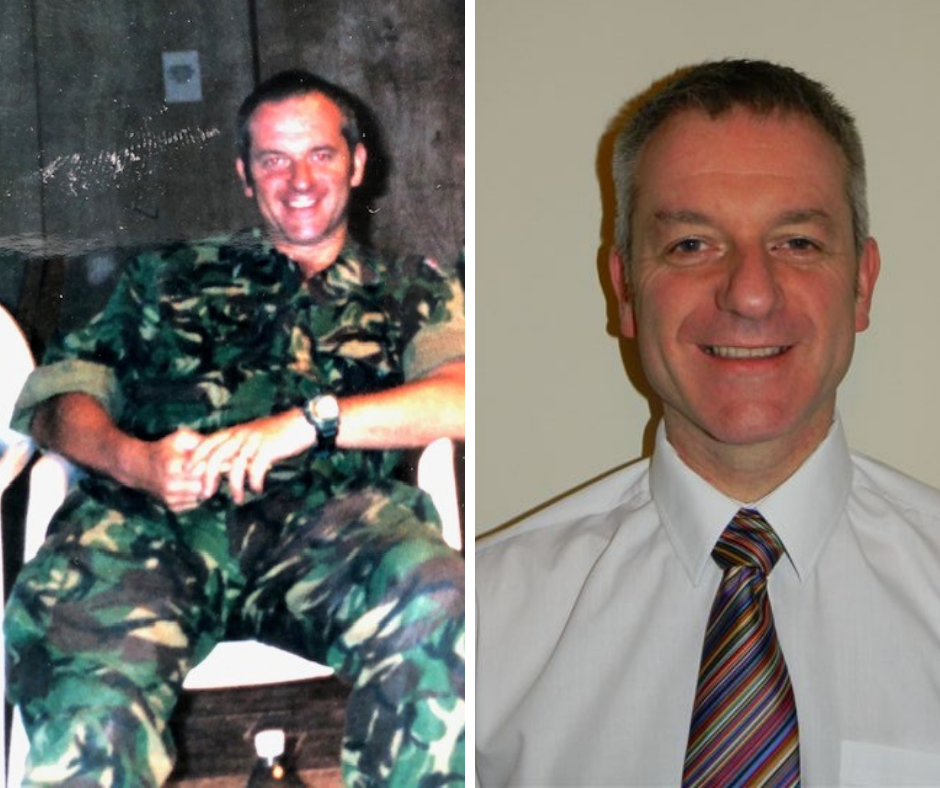 David Muir currently heads up CNTW’s North Cumbria Locality services as Group Director, and is supporting the new Staff Network. In 2003, while working for the NHS, he was a member of the Territorial Army, and was called up for service when the Iraq War began. “I went to Kuwait and Iraq for about four months, working in a field hospital as a Nursing Officer; my job there was mainly looking after injured Iraqi prisoners of war and civilians,” David recounts.

“About a year after I returned, I got a job as Head of Healthcare for HMP Acklington and HMP YOI Castington [both now merged into HMP Northumberland]. I was there for a few years, and probably got my interest in prisoner healthcare from my experiences in Iraq.” 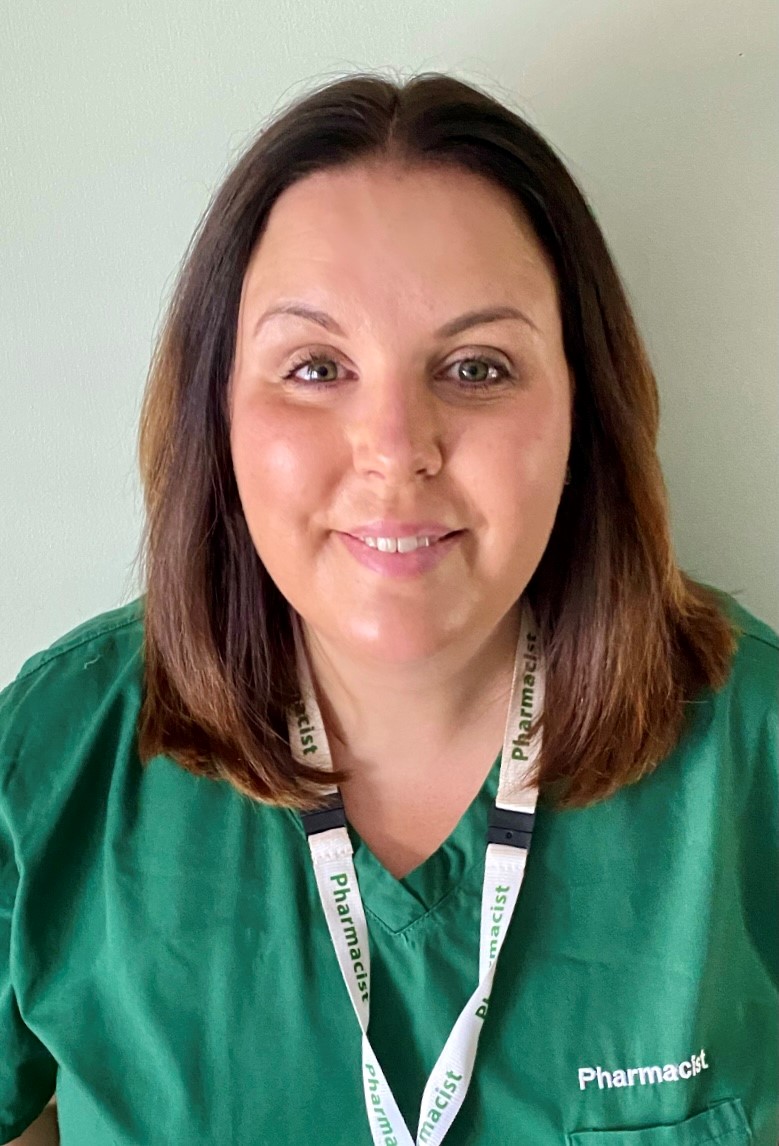 Fiona Brownlee, a Specialist Clinical Pharmacist for CNTW at St George’s Park in Morpeth, has got involved with the Network due to her family connection to the armed forces. “I have been a member of the armed forces community for 15 years, since I met my husband who is in the Royal Air Force. I am incredibly proud of him and the sacrifices he makes, but it doesn’t come without its challenges!

“I think I was fairly naive to the life we would have with his job. I thought I knew but I didn’t really know. It was originally just the two of us, and as much as I missed him when he was away it was just my feelings and his feelings we had to consider.

“It was when we had our two boys that I felt the true impact of military life. The hurt my husband and I feel when he is away from home is magnified by the upset experienced by our little ones who don’t understand why their dad has gone. Plans change at the drop of a hat, birthdays and anniversaries are regularly missed and we can go periods of time without being able to speak, let alone see him. The deployments don’t get easier, we just learn more coping techniques – but something always throws you a curve ball!

“When he is away, my focus always has to be the family, and supporting both the children and my husband from afar. This has made it difficult to progress with my own career. I love my job, but over the years it has taken a back seat to the requirements of the military and most importantly my children. I’m delighted CNTW has signed the Armed Forces Covenant, recognising the value the armed forces community can bring and committing to support us.”

The newly formed Staff Network will be key to helping the Trust fulfil its duties under the Armed Forces Covenant and the requirements of being a Veterans Aware organisation.

The Trust signed the Armed Forces Covenant in February this year. The Covenant seeks to remove disadvantage so that veterans get the same access to services as the civilian community, and recognises the value that serving personnel, reservists, veterans, and military families bring to the organisation, and to our country.

CNTW was accredited as a Veteran Aware Trust by the Veterans Covenant Healthcare Alliance (VCHA) in April this year, in recognition of its commitment to improving NHS care for veterans, reservists, members of the armed forces and their families. CNTW is now one of 75 members of the VCHA.

CNTW also holds a Bronze Award under the Defence Employer Recognition Scheme (ERS), and is beginning work towards achieving the Silver Award.

The Staff Network for Armed Forces and Veterans at CNTW also aims to:

If you, or someone you know, is an armed forces veteran and struggling with their mental health, expert help is available. Speak to your GP or contact the NHS Veterans’ Transition Intervention and Liaison Service (TILS) in the first instance on 0303 123 1145 or email vwals@nhs.net.