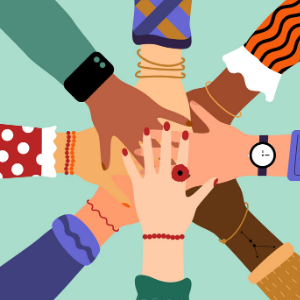 After mental health services in north Cumbria were transferred to Cumbria, Northumberland, Tyne and Wear NHS Foundation Trust (CNTW) in October 2019, the locality has held its first Patient and Carer Involvement and Experience Group.

The group is off to a flying start, with everyone agreeing that there was a positive, ‘can-do’ atmosphere. Organisers were left feeling hopeful about the future of working together with patients and carers in north Cumbria.

Although it had originally been planned for the end of March, the first North Cumbria Locality Patient and Carer Involvement and Experience Group had to be delayed due to the onset of the COVID-19 pandemic. Instead the first meeting took place virtually, using Microsoft Teams, on the 13th July.

The team were thrilled with attendance at the meeting, which more than 40 people joined. As well as people who have used CNTW’s services and their carers, attendees included Patient and Carer Involvement Leads, Peer Supporters and other staff from the Trust, and representatives from the local Patient Advice and Liaison Service, Carers Centres, and third sector organisations. The first meeting was chaired by David Storm, Associate Director for Access and Community Services at CNTW.

Some of the comments from attendees included:

“I believe this will be beneficial – you are continuously reviewing changes and trying to involve family members, carers and service users in their own care … [which] could make a substantial difference to an individual’s mental health journey.”

“Co-production is easier than people think, if we can work openly and try to walk in each others’ shoes, [putting] service users and carers first.”

These groups, already embedded in the Trust’s other three localities, are a vital part of CNTW’s efforts to ensure that the Trust works together with the people who use their services to continually improve care.

The group’s purpose is to ensure that the Locality has effective systems and processes in place to meaningfully listen to and respond to feedback from patients and carers, and to identify themes, issues and areas of good practice which can be shared and addressed across the Trust. Each of the Trust’s four localities (Northumberland, Newcastle/Gateshead/North Tyneside, Sunderland/South Tyneside, and north Cumbria) have groups which report into the Trustwide Patient and Carer Involvement and Experience Group.

Meetings of the North Cumbria Patient and Carer Involvement and Experience Group will be held every other month going forward. For more information, please contact the Involvement Facilitators for north Cumbria, Faye Atkinson on 07812 493 009 or Carol Desborough on 07768 658 386, or email involvement@cntw.nhs.uk.