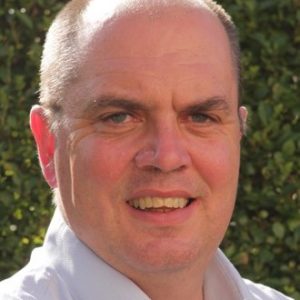 A local NHS psychiatrist is among a team of clinicians who will provide mental health support to Team GB athletes during this summer’s Tokyo Olympics.

Alan Currie, who works for Cumbria, Northumberland, Tyne and Wear NHS Foundation Trust (CNTW), was selected for the role as a result of his work with the mental health panel of the English Institute of Sport.

As part of the advisory role, Alan has been involved in developing Team GB’s mental health strategy for the Olympics. He and two other mental health clinicians will be on call on the days leading up to the Games, during the competition, and in the days afterwards.

“There are a number of things we have to prepare for in the lead-up to the Games,” Alan explained.

“There may be athletes who have had mental health problems in the past, so we need to help teams plan and accommodate for that. Someone with an existing problem may have a relapse and they’re away from their usual support network, whilst other people might experience a mental health problem for the first time.”

Alan will be there to support teams de-escalate a mental health crisis, provide a debrief when they come home and assess whether an athlete will need to continue with some form of treatment.

The Olympics is already an extremely high-pressure environment and due to the pandemic, there will be additional stresses for athletes and support teams in Tokyo.

They will be in isolation and won’t be able to mix with teammates and share their successes and failures. Normally athletes will enjoy spending time in the village after competing but will have to go straight home.

This is something new Alan and colleagues have had to consider. He added: “There’s also the possibility of testing positive for Coronavirus. An athlete might qualify for a final and then have a positive test and is unable to compete. We will need to deal with the emotional fallout of that and that a potentially once-in-a-lifetime chance is gone.”

Alan says Team GB are ahead of the game when it comes to the mental health of athletes, having seen a shift in focus in the last five years.

“This will be the first Olympics since Team GB’s mental health panel has been in place, something not every country has,” Alan said.

“If you have a cardiac condition there should be a cardiologist on hand to consult, we are taking the same approach to mental health by having mental health clinicians available in the same way any other specialist may be.”

Alan says he is looking forward to the challenge. “It will be hard work but very rewarding. It’s a real privilege to work with athletes who are high-achieving, high-performing individuals who have dedicated a lot. It’s an honour to support them in some way, however indirect it might be.”

He currently works as a consultant for CNTW’s RADS service (Regional Affective Disorders Service), which provides specialist care and treatment to people with difficult to treat mood disorders.