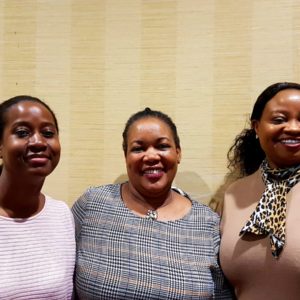 Launched by the Royal College of Nursing, the Cultural Ambassador programme was set up when a hospital trust in the West Midlands found that more staff from a BAME background were going through a grievance procedure compared to others.

Following three days of training, Cultural Ambassadors are able to sit as an equal member on investigations teams and disciplinary and grievance panels, identifying any issues of bias or discrimination.

By introducing this role, BAME staff will have increased confidence in formal processes and anything of a cultural nature will be identified and challenged during these processes and will be taken into consideration in the decision making process.

Chris Rowlands, Equality and Diversity Lead at CNTW, said: “Research has found that BAME staff are twice more likely to end up in these processes than their white colleagues and often a lot of them would not be in that situation if there had been a better understanding of cultural issues or differences.

“The impact of racial discrimination can result in a loss of skills and talent and we are determined to make our Trust a place that is welcoming to people from all backgrounds.

“We are extremely proud to have introduced this role to CNTW and I believe our ambassadors will be able to use their skills to help develop the culture of the organisation.”

CNTW currently has three Cultural Ambassadors, one of which is staff nurse Christine Ntanda.

She said: “The main reason I wanted to become a Cultural Ambassador was to be able to influence fairer outcomes for BAME staff. The training I have had has allowed me to be in a position to challenge discrimination and make positive changes.”

The training looks at racism, discrimination and conscious and unconscious bias. This often allows Cultural Ambassadors to pose questions that wouldn’t have otherwise been considered, looking at formal processes from a different perspective and often even preventing proceedings from going further than necessary.

The programme aims to see fewer grievances and fewer cases proceeding to the hearing stage. Cultural Ambassadors will be able to share their knowledge with colleagues to enable a better understanding of the nature and impact of conscious and unconscious bias and people being treated less favourably.

There are now four trusts in the region involved in the initiative, with support from regional officers from the Royal College of Nursing. The support group meets every three months to share knowledge and best practice and even have a WhatsApp group where they can help each other out.

Cultural Ambassadors are chosen based on criteria from the Royal College of Nursing. If you are interested in becoming a Cultural Ambassador or would like more information, please contact Chris Rowlands at chris.rowlands@cntw.nhs.uk