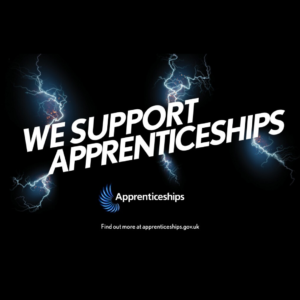 A dedicated apprentice has been nominated for a national award for his contribution to his role.

Ross Fenwick, a business admin apprentice at St Nicholas Hospital in Gosforth, is up for the Rising Star Award at the Movement to Work Social Mobility Awards, which celebrates an individual who has made a real difference to their organisation.

Now in its third year at CNTW, Project Choice has worked with 36 students enabling them to have a purpose. Often these students have been told the things they are not good at, while Project Choice focuses on what they are good at through work placements and education.

It was CNTW’s Project Choice Co-ordinator Simone Simpson who nominated Ross for the Rising Star Award.

“We saw Ross from the very beginning when he started the programme and it is astonishing how far he has come”, Simone said.

“Ross started Project Choice as a young man who had a lot of helpless feelings towards himself. We worked with him to build his confidence and enhance his skills and since then he has given back so much in such a short space of time.

“Ross has done more than some people do in their whole careers and he is extremely deserving of this award.”

During his time in Project Choice, Ross was matched to a placement in materials management where he was involved in stocktaking and managing the stock of his own patch at the Trust. He then went on to apply for a Level 2 apprenticeship.

Ross has worked across a number of teams throughout his apprenticeship, including the crisis team at Hopewood Park and CNTW Academy, and has recently been successful in a position with Health Education North, making a return to the Project Choice team.

In this role, he will be supporting Project Choice in all areas of administrative tasks, such as programme enquiries, document management and event support, to name a few. Alongside this role Ross will be continuing his apprenticeship with CNTW.

Simone added: “We are delighted to have Ross join the team. He is a shining example of removing barriers put in front of him. His work in CNTW has had such a positive impact not just on others but himself and his family life too. He should be extremely proud of how far he has come.”

Ross, who has autism and cerebral palsy, empowers other apprentices to reach their full potential. Simone says there are often students on recruitment days who say they have been inspired by his achievements.

Presenting at Project Choice graduations, helping to set up a mentor network with NTW Solutions and supporting with recruitment for Project Choice are just some of the things Ross has been involved in. He is also the apprentice ambassador for CNTW.

Ross said: “I feel truly honoured to be nominated for the award and I’m really excited about the awards ceremony.”

Movement to Work seeks to break the ‘no job, no experience’ cycle that is preventing around 800,000 young people, not currently in education, employment or training, from stepping on to the career ladder.

The awards ceremony takes place at the St Pancras Hotel in London on Tuesday 4th February. Ross will be attending the ceremony alongside his mum and Simone. The event is in two parts, a CEO summit with discussions of career journeys followed by the awards.

We’ll be sharing the stories of apprentices from across our Trust throughout National Apprenticeships Week 2020 (3-9 February). You can find out more about our apprenticeships here or email getin2CNTW@cntw.nhs.uk