Patient film to be shown at national festival 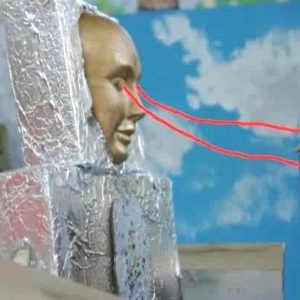 An award-winning film made by patients at an NHS Trust will be shown at a national film festival next week.

The work of patients in secure services at Cumbria, Northumberland, Tyne and Wear NHS Foundation Trust (CNTW), a provider of mental health and disability services, is one of three films being shown at the Manchester Crime and Justice Mini-Film Festival on Tuesday 14th July.

Supported by the Department of Sociology at Manchester Metropolitan University and curated by staff from the university’s Policy Evaluation and Research Unit (PERU), the virtual festival aims to showcase films which provoke debate and provide an alternative take on crime, justice and punishment in the 21st Century.

In partnership with the arts in criminal justice charity, Koestler Arts, the festival will show three Koestler Arts award-winning mini-films made by patients in secure institutions across the country.

CNTW’s Arts Project runs arts and crafts workshops for patients, working with professional artists in a variety of media. In 2017 the team worked with animation artist Lesley Rose on a stop motion animation called Bad Robot, which tells the story of an alien encounter causing havoc on the streets. When armed forces are brought down by the bad robot, the only option is to call the city’s local superhero.

The work of three service users with the help of CNTW activities coordinator Eric Rothwell, the animation won a silver Koestler Award and was shown as part of the Koestler UK exhibition at the Royal Festival Hall at London’s Southbank Centre.

The group worked with musician Tim Hutchinson to make the soundtrack which was made entirely from voices and sounds of things that could be found in the Arts Project room.

Eric Rothwell said: “Making Bad Robot was great for building relationships among staff and service users. It gave something for them to focus on and the opportunity to be really creative. Those involved learnt about using software and how to edit and add effects.

“We’re thrilled that three years after winning an award Bad Robot is going to be shown at the Manchester Crime and Justice Mini-Film Festival, bringing it to a whole new audience.”

Eric Rothwell will also be taking part in a live Q&A after the film’s screening.

Koestler Arts is a UK criminal justice arts charity, awarding, exhibiting and selling artworks by prisoners and people in secure institutions for 50 years. Over 100 experts from various fields have judged the competition over the years, including Angel of the North sculptor Anthony Gormley, Louis Theroux, Grayson Perry and Carol Ann Duffy.

The Manchester Crime and Justice Mini-Film Festival takes place on Tuesday 14th July 5pm-6.15pm. Tickets for the festival can be booked here.