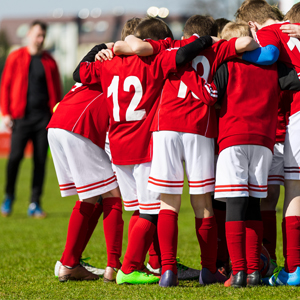 A trophy bearing the name of Bob Stokoe, a football legend who helped both Newcastle and Sunderland to FA Cup glory will for a third year help raise cash for young people with mental health difficulties and learning disabilities.

Bob Stokoe was born in Mickley, Northumberland. He played for Newcastle United for 13 years, including in the FA Cup final victory over Manchester City in 1955. He went on to manage Sunderland AFC, leading them to triumph in the 1973 FA Cup.

Sunderland AFC under 23s will challenge Prudhoe United to keep hold of the Bob Stokoe Shield. The match is in aid of Ferndene, an NHS inpatient centre just on the outskirts of Prudhoe.

Ferndene is run by Northumberland, Tyne and Wear NHS Foundation Trust (NTW), one of the country’s largest mental health and disability service providers. The centre supports children and teenagers with complex health, behavioral, and emotional needs, including those with a learning disability.

The previous matches have raised thousands of pounds which has been put to great use, including the redevelopment of woodland next to Ferndene providing physical activities and a mindful space for the young people.

Sunderland AFC Football Academy trains it’s under 12s Outreach Centre players at Ferndene. It was this community link that sparked the idea for a fundraising football match for the Bob Stokoe Shield. All the proceeds from the match will go towards sports facilities and equipment for the young people at the centre.

Each year the support for our event grows and grows. It’s fantastic to see the turn out and it’s great to feel the real community spirit of everyone coming together to support such a great cause.

The match is at Prudhoe’s Kimberley Park on Friday 3 May. Gates open at 5.30pm and kick-off is at 6.30pm. Prior to kickoff there will be a performance from Elaine Pygall’s School of Dance.

Tickets are only £4 for adults and £1 for children. They are available from the following places:

In the event of a cancellation all money will be refunded with a valid ticket.

Tickets can also be purchased via Eventbrite https://www.eventbrite.co.uk/e/bob-stokoe-shield-football-fundraiser-tickets-58279354117