#MentalHealthAwarenessWeek: A film about hope 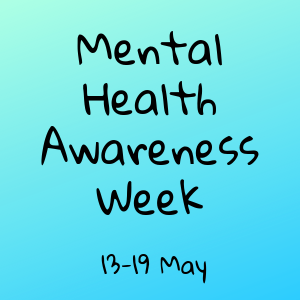 North East NHS staff have produced and released a film to inspire hope to mark Mental Health Awareness Week, which runs from Monday 13 to Sunday 19 May.

It is generally accepted that hope plays a crucial part in recovery from mental illness. A group of peer support workers at Northumberland, Tyne and Wear NHS Foundation Trust (NTW), the region’s NHS provider of mental health and disability services came together to share their very personal experiences in the hope of inspiring others experiencing difficult times.

The film came from wondering how we connect with people at a time when we feel we lost hope. We wanted to explore how we help people see that others have been through similar experiences and felt hopeless, however have found a way back. It’s my greatest wish that this film will be a powerful tool to anyone who needs to find hope, whether that be as a person experiencing mental ill health themselves, or a person’s friend or family member.

NTW employs 36 peer support workers who, using their own lived experience of mental illness work with others to support those using mental health services to help people work out how to best manage their recovery. Peer support workers help support aspects of a person’s life that give meaning, hope, value and purpose.

Martin Graham, one of Paul’s fellow peer support workers, who has years of TV experience as a camera man, advocated for a film to be made about hope, and together Martin and Paul identified and filmed fellow peers, service users and carers, which Martin then produced.

The peer support workers were keen to get messages on film that are regularly shared and it is hoped by using a film, this will be as accessible and as easily shared as possible. By making a film it means that the resource is always there, 24/7 for anyone, anywhere in the world that needs it.

Paul engaged the help of the Trust’s communications team to explore how this could be supported. Following discussions it was agreed that two versions would be made. A short snappy version for use on social media and a full version which would sit with the full emotion of the subject.

I was really excited to be asked to support the project and raise awareness of mental illness and the importance of finding hope. The film is extremely emotive and you get a real sense of the power of the emotions experienced. I found myself really connecting at an emotional level with each person in the film.

The film captures the brave stories of those who have experienced losing hope, or who have cared for a loved one who has lost hope, but have gone on to find hope again. It is hoped that viewers will share the hope and possibility of recovery.

Every week in the UK 1 in 6 adults experience a common mental health problem such as anxiety or depression and 1 in 5 adults has considering taking their own life at some point.

Paul continued: “Both myself and Martin would like to thank everyone involved for sharing their story and it is our sincere hope, that whoever you are and wherever you are, we hope this film helps with your recovery.”

Both versions of the films can be viewed at www.ntw.nhs.uk/hope