Meet the Team – Physiotherapists in Community Team for Learning Disabilities 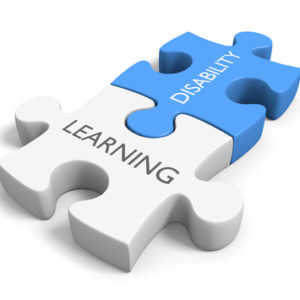 Welcome to our ‘Meet the Team’ series. Today, we’re introducing the physiotherapists in the Community Team for Learning Disabilities (CTLD).

Made up of small teams in Newcastle, Gateshead, Sunderland, Northumberland and a paediatric team in two schools, physiotherapists are one of many different disciplines in a Community Team for Learning Disabilities.

Advanced physiotherapist Ruth Macha is based at Benton House in Newcastle and has worked in the Trust for 30 years. “A lot of people don’t know our team exists,” she explained. “Or those who have heard of us don’t know what it is we do.”

The team’s role is varied, working with people who have learning disabilities and a physical problem. One of the things they do is look at a patient’s postural management over a 24-hour period, focusing on postural support and the provision of things people use in their home to improve posture.

Working closely with other organisations, such as wheelchair and home loan equipment services, the team assess both how patients sit during the day and their position in bed at night.

The team works in the community, going to day centres, patients’ homes and wards, working alongside staff from other disciplines such as speech and language therapists and occupational therapists.

“We often attend hospital appointments with service users,” Ruth added. “Patients with learning disabilities respond better to someone they already know and we can translate what the consultant says into language they can understand.”

The job is not without its challenges, with Ruth citing a lack of resources as the most difficult thing. “There’s a large number of patients to one member of staff and a lack of facilities and equipment.”

However, the job is also extremely rewarding. “The best part of the job is being able to help make a difference to someone’s quality of life,” Ruth said.

The team also helps with rehabilitation following a fracture or surgery. Something that stands out to Ruth is helping a patient with learning disabilities who was due to have a hip replacement. The surgeon said it couldn’t be done as they didn’t think the patient would be able to cope with the post-op physio.

The team explained that they would be able to come into the hospital and do the physio. Ruth explained: “The doctor didn’t realise that kind of support was available. The results from the patient were amazing; their quality of life had improved dramatically and we were able to give them independence.”

Many people the team work with are non-verbal. This means they have to be inventive and flexible, coming up with innovative ways to help patients.

“People with learning disabilities often can’t express their own opinions and their voices go unheard. I try and get patients a better deal. I want to be an advocate for some of the most vulnerable people in society who have a danger of becoming marginalised.”

How long the team works with a patient can vary. Ruth has known one patient and worked with them sporadically since 1977, when Ruth was 21 and in the first few years of her career. She says one of the best parts of the job is the relationships that are formed, both with service users and colleagues.

“We’re a unique and supportive team,” Ruth said. “Students who come into the service say they have never been anywhere so friendly.”