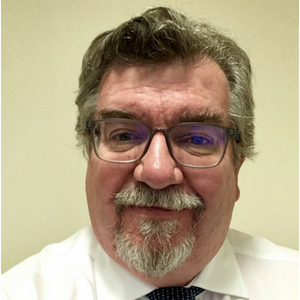 A lifetime contribution award is to be presented to a North East NHS Auditor.

Stephen Watson, Head of Technology Risk Assurance at AuditOne, internal auditors for Northumberland, Tyne and Wear NHS Foundation Trust (NTW), a provider of mental health and disability services, has been recognised for his lifelong contribution to the internal audit profession.

The JJ Morris Distinguished Service Award made in memory of Joseph Morris, President of the IIA, recognises those members of the Chartered Institute of Internal Auditors UK and Ireland (IIA) who have over many years given ‘outstanding’ service to the profession of internal auditing.

It is a great honour to be receiving this very prestigious award, particularly when I reflect on the distinguished internal auditors who have previously received it

The award is given out annually by the IIA Council of Directors to current members eligible to receive the award.

Stephen has been recognised for his work in public sector internal audit and technology risk assurance spanning 25 years.  His work was primarily at several civil service departments, universities and local authorities and latterly for the NHS.

He is also being recognised for his work as Chief Examiner for the IIA’s professional diplomas: PIIA, MIIA and the IT Auditing Certificate (ITAC). In this role he led three examination teams comprising over thirty exam writers and markers across the UK to produce the Institute’s bi-annual diploma examinations, which were the benchmark qualifications for the profession for many years. For this service he was awarded Fellowship of the Chartered Institute of Internal Auditors in 2016.

Stephen will receive his award at a black tie awards dinner on Thursday 28 June at the Guildhall, London.