Consultation on prescribing rights for psychologists 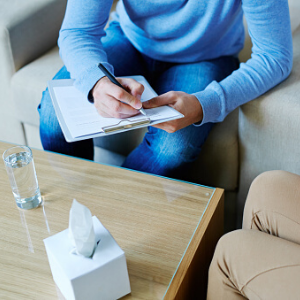 The British Psychological Society are investigating possible benefits for patients if psychologists are given the option to prescribe medication.

The project group was established by the British Psychological Society’s Professional Practice Board last year at the request of NHS England, to consider whether the experience of service users would be improved if psychologists had the option to prescribe medication.

After a year of work on the project, the group have produced a discussion document highlighting the main benefits and concerns of giving psychologists the option to prescribe medication. It also contains quotes and viewpoints from stakeholders and individuals with varying opinions, including those of a local focus group held at the Recovery College (Recoco) in Newcastle where Experts by Experience were asked their views and asked to contribute to the discussion document.

“The positive feedback we’ve received so far has given us the confidence to proceed to this next, wider stage of consultation. At this time, we are still at an exploratory stage and no decisions have been made, but we recognised the need for further information and consultation to allow an informed decision as to whether psychologists should have the option of prescribing rights.”

Dr Courtney-Walker encourages all those with an interest in this proposal to read the document and let the team know what they think via the online response form. The deadline for comments and responses is 5pm on Monday the 18th of November.

Dr Courtney-Walker added: “Contributing to nationally impactful initiatives like this would not be possible if it was not for Cumbria, Northumberland, Tyne and Wear NHS Foundation Trust having a developmental culture where we are encouraged to be ‘trailblazers’ for new ways of working. This enables staff to be involved in and lead initiatives that not only has a positive impact for our Trust but also influences practices at a national level.

“For example, Professor John Taylor and Bruce Gilmour (Consultant Clinical Psychologists at Northgate Hospital) were two CNTW Psychologists who lead the national work with the British Psychological Society developing the Non-Medical Approved Clinicians role, and were the first two non-medical ACRCs approved in the country. There are now just under 60 non-medical ACRCs nationally, and it all started in our Trust.”

“In the context of the acute shortage of psychiatrists and nurses, this prescribing initiative is another project which has the potential to have a national impact, proposing an important potential new role for psychologists. If approved, it will complement the work of our Psychiatric colleagues within multidisciplinary teams but also free up their valuable time to focus on supporting people with the most complex needs.”

Find out more and read the full discussion document here.