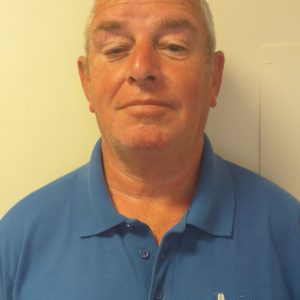 A staff member from Cumbria, Northumberland, Tyne and Wear NHS Foundation Trust (CNTW) is celebrating after reaching a career milestone.

Catering assistant Peter Cowan has worked at CNTW for an impressive 50 years, starting when he was aged just 16.After leaving school at 15 and a brief spell working as a chef in a Newcastle nightclub, Peter joined the Trust’s catering team based at St Nicholas Hospital in Gosforth where he has been ever since.

A typical shift for Peter involves preparing food and giving out meals to patients on the wards, something he finds extremely worthwhile.

“The best part of the job is when you are thanked for the food,” he said. “It makes my day when a patient says they enjoyed something. It’s nice to be appreciated for what we do.”

The most challenging part of the job, Peter jokes, is the early mornings.

Peter has had a number of great memories during his 50-year tenure but he says the most memorable moment of his career was becoming a qualified chef after CNTW put him through catering college. “Getting that certificate felt like such a big achievement,” he said.

Catering college is just one of many opportunities Peter has made the most of during his time at the Trust; he also joined the Territorial Army (TA) where has was a chef for 21 years.

Some moments have been memorable for different reasons. Peter cites the Coronavirus pandemic as one of the strangest and most difficult times he’s known in his career.

He added: “It’s been a weird time to work through but we’re a close knit team and we can get through anything.”

Peter’s colleagues organised a buffet lunch to celebrate the milestone occasion and he was given his favourite rum and some money as a gift, which he says he’s spent on himself for a change.

Kathleen Guy, Assistant Catering Manager at St Nicholas Hospital, said: “Peter has been a valued member of the catering department over the last 50 years. He has always been hard-working and reliable.

“He is highly thought of among colleagues, friendly and always willing to support his team. Peter goes out of his way on a daily basis to ensure patients’ dietary needs are met.”

With no immediate plans for retirement, Peter had tried to retire 10 years ago after reaching 40 years of service.

He said: “I managed a month off before I wanted to come back. I felt completely lost without work and really struggled not getting up in the mornings with a purpose.”

After speaking to his manager it wasn’t long before Peter was back working part time, although his wife has told him he has to retire at some point.