A recovery journey from ‘breaking point’ in hospital to Nursing Assistant 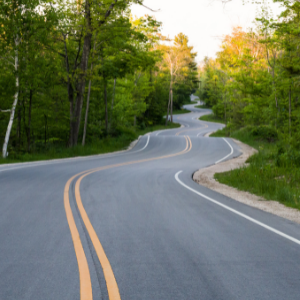 Four years ago, Jane (whose name has been changed to protect her anonymity) experienced a mental health crisis which put her and her family ‘at breaking point’. She spent time in hospital, the beginning of a recovery journey she describes as ‘more like a country road than a motorway’. But now, inspired by the nurses who supported her, she has joined CNTW as a Nursing Assistant, with ambitions to qualify as a Registered Mental Health Nurse herself.

(Please note, this article contains descriptions of hearing voices and references to attempted suicide that some people may find distressing.)

During 2016-17 I had a massive mental break-down. It was the culmination of several factors. I was working at least 70 hours a week as a trainee manager in a well-known pub. I had no support network around me, as I’d moved away from home, and received very little support from work. The relationship with my then-boyfriend was strained, as I was living in their family home where there wasn’t really room for me. I’d only planned to stay there for a couple of months until I found my own place, but this didn’t work out – I felt like I lived at work, so never had time to go house-hunting. I found it very difficult to find any time for myself outside of work. All this had made my life very difficult.

Eventually, not long before Christmas in 2016, I had reached my limit. I ended my relationship with my then-boyfriend, and my parents came to collect me. I didn’t realise how much weight I’d lost, but they said I was wafer thin. My ‘normal’ clothing size had been a 12, but a size 10 was getting pretty loose on me!

At the time, my mental health was in a really bad state. I was hearing people say things about me that, if I’d been well, I’d have known they wouldn’t say. People were talking to me through the telly. I was pretty deluded! I told people I was a CEO of a mental health charity where I was going to hold a massive fundraising event. I spent all my savings that I’d worked so hard for on things I definitely didn’t need and couldn’t really afford, as well as on ‘planning’ this non-existent event (on reflection, I’d just bought a ridiculous amount of stationery).

I would cry myself to sleep most nights, saying to my mam that “I just want to go.” I’m still not one hundred percent sure what I meant by this, other than I just wanted to stop hearing the weird things I’ve described.

My mam and dad both struggled to care for me and keep me safe while trying to carry on with their normal lives. But my family were at breaking point trying to look after me. And nearly every conversation I tried to have with them ended in an argument, which just added to my rapidly deteriorating mental state. My mam tried to get some help for me, so we went to the doctors. But the waiting list was very long; the doctor said at best I might be seen in six weeks, because I was in such a bad place. My mam was pretty confident I couldn’t wait that long.

My family were at breaking point trying to look after me.

One night in June 2017, I was sitting watching telly with my mam and stepdad, and I just heard the voice (who said he was called ‘Pete’) telling me to ‘end it’. It had been a very long four months, and I just simply couldn’t fight this horrible voice anymore, who had pretty much ripped up and pulled apart my entire life.

I can’t really remember the rest, as it’s pretty blurry. Luckily, I didn’t follow through, but I came so very close. My mam and stepdad were my guardian angels. They knew I simply couldn’t wait any longer for support. So, they called the crisis team, and that’s when I was sectioned and taken into hospital.

At the time I was in denial that anything was wrong with me, but on reflection, I stayed in there for a month for a good reason!

Remember that your journey is more like a country road than a motorway! Some days you might feel like you’ve got this, whereas other days might feel a bit less optimistic, but I promise you’ll get there eventually.

The nurses were a total inspiration to me, and even though I was very ill at the time, I knew that’s what I wanted to do in the future. I had lots of different support from all kinds of specialists in hospital. Although at the time I couldn’t wait to get out, it was definitely the best place for me to be.

Once discharged from hospital, the Early Intervention in Psychosis service (EIP) started working with us as a family. They helped us listen and talk to each other better, which brought us together as a family again. There were fewer arguments and lots more laughs! I didn’t want to accept their help at first, as I felt like I didn’t need it, but I think I slowly came round to it after a little persuasion from my family.

The EIP team also gave me a Community Psychiatric Nurse (CPN). This meant I got more support once I got out of hospital, which prevented me from having a relapse. They helped me with things like making what’s known as a Wellness Recovery Action Plan (WRAP), understanding my ‘early warning signs’, and figuring out the things that keep me well. I didn’t really know what to expect after leaving hospital, but they were definitely the support I needed.

To anyone else beginning their recovery journey, I’d say, remember that your journey is more like a country road than a motorway! Some days you might feel like you’ve got this, whereas other days might feel a bit less optimistic, but I promise you’ll get there eventually. There is always light at the end of the tunnel.

I wish I could tell them the truth straight away, but I always feel it’d scare people off. I hope that in the future this will change…

Despite what I’ve gone through and all the support I have now, I do still get some symptoms sometimes. My medication plays a huge part in keeping me well. However, when I do get symptoms, it just reminds me to slow down a bit and remember that Rome wasn’t built in a day!

I still struggle to tell people that I’m bipolar, especially if they’re strangers, as I always think that they’ll assume the worst. People that know me well know I have the condition, but when I meet someone new, I just tell them I have got depression until I get to know them a bit better. I wish I could tell them the truth straight away, but I always feel it’d scare people off. I hope that in the future this will change, and it’ll be easier to talk about other mental health conditions. But for now, I’d just like the media to not make sweeping false statements that can often scare people.

I hope that I can be part of this change by writing a book about my experiences in the future. Even if it helps just one person, then I know my efforts will have been worth it.

I’ve also got a job at Cumbria, Northumberland, Tyne and Wear NHS Foundation Trust, working as a Nursing Assistant, inspired by the nurses who supported me in hospital. I hope that I can use my experience in a positive way, to help patients that are most in need and be a light, hope and inspiration to them in what I know can be a dark and scary time. In the future, I hope to qualify as Registered Mental Health Nurse so I can help others even more. None of this would have been possible without the EIP service and the amazing team at the hospital where I was treated.