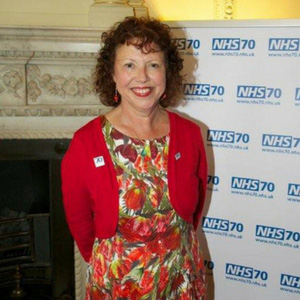 Christine Cardose, a Technical Instructor with over 40 years’ experience, who works at Northumberland, Tyne and Wear NHS Foundation Trust (NTW) a provider of mental health and disability services, was invited to 10 Downing Street as part of the NHS 70 celebrations.

On Wednesday 4 July, Christine travelled down to London and attended a special event at 10 Downing Street where she was presented with a long service badge from Jeremy Hunt, former Health Secretary for her commitment to the NHS.

At the reception Christine met other colleagues from Trusts across the country.


It was an unexpected honour to be chosen to go to the event; it was a very special way to celebrate the 70th birthday of the NHS and also my own 41st year in the health service

Back in 1977, Christine qualified as a nursery nurse. Her first job was on ward two at the Fleming Children’s Hospital where she looked after at risk children that were in danger of going into care due to abuse.  Sadly the hospital closed in 1987, but Christine and her colleagues moved to Newcastle General Hospital and continued this work.

After the unit closed in 1997, Christine joined a community team, carrying on with family work. During her time in the NHS, she has undertaken my studies and even found time to teach at her local college.

In her current role within the children and young people’s service, Christine undertakes interventions for young people referred to her the occupational therapy team.  She also co facilitates Autism Spectrum Disorder assessment groups.

Congratulations Christine for an amazing 41 years in the NHS!