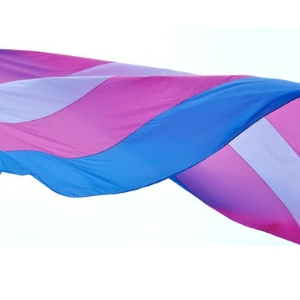 On Monday 12 November, the trans flag at St Nicholas Hospital, which is part of Northumberland, Tyne and Wear NHS Foundation Trust (NTW), will be raised to       honour and remember the trans and gender diverse people who have lost their lives in the last year.

Transgender day of Remembrance is observed annually on the 20th November. It was founded in 1999 to memorialise the murder of a transgender woman in 1998. It has slowly evolved into an international day of action.


Every day, transgender people confront unique barriers in being and becoming who they are meant to be. There are too many negative attitudes leading to transphobia which gives rise to behaviours that endanger transgender people on a daily basis. It is important that as a society, we recognise this happens and work towards eradicating it. Please remember those who have suffered abuse or worse, death

The public and organisations around the country participate in Transgender Awareness to help raise the visibility of transgender people and address the issues trans people face.

Transgender people have an identity that incongruent from their sex assigned at birth.  Unfortunately they face discrimination and prejudice similar to racism, sexism, homophobia and biphobia. It is important to try and raise awareness of transphobia and help change the negative attitudes, feelings and actions towards transgender people.

Around 41% of trans people have experienced a hate crime in the last 12 months, with young trans people aged between 18 and 24 being at an alarming rate of 53%. On Sunday 18 March 2018, Naomi Hersi was stabbed to death in London. In the last year 22 people have lost their lives through hate crimes in the USA, with France, India, Pakistan and Mexico also experiencing hate crimes.

The Trust, in partnership with the NTW LGBT+ Staff Network and UNISON NTW Health Branch, will be holding a Service of Remembrance in St Nicholas Chapel on Tuesday 20 November 12pm, everyone from all faiths are welcome. Readings and poetry will be welcomed by those who attend.