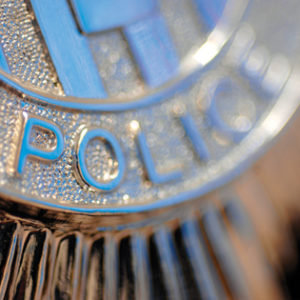 NTW’s Street Triage partnership work with Northumbria Police has been recognised for the work it does to support those with mental health issues.

Sir Simon Wessely’s independent review of the Mental Health Act referenced the Street Triage team as a case study of good practice when dealing with those with mental health issues who come into contact with police.

The report praises the collaboration between NTW and Northumbria Police, which includes a dedicated team of officers and mental health nurses working together to assess police incidents and provide support to those who have mental health issues.

The team was set up in September 2014 and has since seen a dramatic reduction in the number of people being unnecessarily detained by the police under the Mental Health Act.

NTW Group Nurse Director David Muir said: “It’s a huge credit that the Street Triage team is specifically mentioned in Sir Simon Wessely’s review. Their work focuses on providing the highest quality of care, ensuring that people in crisis who are in contact with the police receive mental health support and an assessment of their needs at an early stage.

“We are extremely proud of our close working relationship with Northumbria Police, which extends to having mental health nurses working in all custody suites as well as dedicated officers working within the main hospital sites to provide support and advice.

“Our partnership also includes delivering integrated multi-agency training for NHS staff, police and other agencies involved in mental health crisis care, and we are the only NHS trust in the UK to have a dedicated nurse as our clinical police liaison lead.

“Our work with Northumbria Police has a huge benefit for service users, carers and staff across the North East and we are fully committed to ensuring it will continue.”

Northumbria Police’s lead for mental health, Inspector Steve Baker, said the report was very much welcomed and hopes the success of Street Triage continues to help those who come into contact with the police when they are unwell.

Insp Baker said: “We have already seen a reduction of those being detained under the Mental Health Act with more people being signposted to the most appropriate service.

“Dealing with someone with mental health issues, particularly in a crisis situation, can quickly escalate to a very serious incident, putting them and those around them in potential danger.

“Our officers are specially trained in mental health awareness to provide support to those who need it when responding to incidents but by having the medical support from NTW, it really is a gold star service.

“It provides a much greater reassurance to those who are suffering a mental health crisis that there is a way out and help is available.

“We are all working to reduce the stigma surrounding mental health and get more people talking about it. When we receive encouraging feedback such as this, it really shows we are taking positive steps forward to breakdown walls around mental health.”

Police and Crime Commissioner Dame Vera Baird said: “To be recognised in Sir Simon’s review is an absolute credit to the Street Triage team for their continual hard work to best protect those with mental health issues. I am fully committed to keeping vulnerable people out of police custody and this is just one of the excellent examples of how Northumbria Police and partners are delivering a better service to support this.”

People in the North East who are in distress and need help can get in touch with NTW’s Initial Response services which are open for anyone to call, 24 hours a day.

NTW’s self-help guides are available online in a range of formats.

If you or another person have been harmed or are at immediate risk you may require an emergency response – call 999.