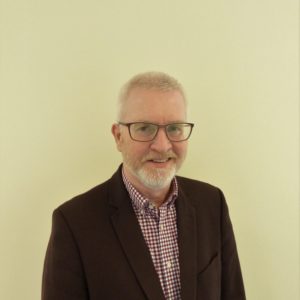 The head of a North East NHS trust has been named as one of the top five NHS chief executives in the country.

Mr Lawlor was named fifth in the country, and was the highest ranking leader from any North East NHS trust to be included in the list.

Everyone who works with John knows what an exceptionally able Chief Executive he is, and I’m delighted that this has been recognised at national level by the HSJ.

The HSJ is one of the UK’s leading health sector publications and this is its sixth annual ranking of NHS leaders. This is the third year in a row that Mr Lawlor has made the list.

Mr Lawlor moved to the North East in 2013 and has been NTW’s chief executive since June 2014. He actively campaigns and speaks out against stigma and supports action to ensure that mental health is treated as equally as physical health issues.

In its announcement of Mr Lawlor on the list the HSJ specifically cited the ‘growing influence of NTW’s operational model’ across the country.

The HSJ’s panel of expert judges were asked to assess NHS chief executives on three criteria: leadership style and personal example; the performance of their trust against peers; and their contribution to the wider health and social care system.

One of the largest mental health and disability trusts in the country, NTW serves a population of over 1.4 million people from the Scottish Borders to Wearside.

NTW is one of only three mental health trusts in the country to be given Outstanding status by the Care Quality Commission, the best possible rating. The Trust received the HSJ’s highly acclaimed national award for ‘Provider Trust of the Year’ in 2017.

You can find out more about the HSJ’s list here.