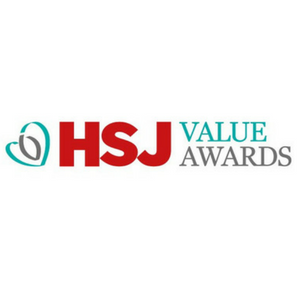 An NHS audit service has been shortlisted for a prestigious HSJ (Health Service Journal) Value Award.

AuditOne which is hosted by Northumberland, Tyne and Wear NHS Foundation Trust, provides internal audit and counter fraud services throughout the North East, Cumbria and East Yorkshire and has been recognised for improving the value of NHS support services.

AuditOne was created in 2016 after merging three existing internal audit teams to create an industry leading service which has now recovered over £280,000 from fraudsters.

As a result of the creation of AuditOne, the health economy throughout the region has seen an improvement in the way we deliver services.  Our general internal audit is more risk based and focusses on issues that matter.  Our Counter Fraud and Technology Risk Assurance teams are now all based in one office which enables skills and intelligence sharing and we are delighted that our hard work has been recognised by the HSJ.

AuditOne have delivered significant results despite having no additional funding, which includes introducing new techniques such as thematic reviews, using cloud based software to share information across the team and using mobile technology such as Skype to improve communication and reduce travel costs and time.  As a result services are now more effective, with improved value added, prosecutions and financial recoveries to the NHS.  Staff motivation has also improved.

The HSJ value awards seek to recognise and reward outstanding efficiency and improvement by the NHS.  Awards recognise the excellent use of resources, but they also seek out examples of demonstrable improvement in outcomes.  The winners will be announced at an awards ceremony on Thursday 7 June at Manchester Central.