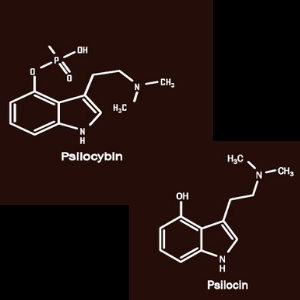 A North East NHS Trust is carrying out scientific research into a potential new treatment for depression.

Northumberland, Tyne and Wear NHS Foundation Trust (NTW), a provider of mental health and disability services, is one of three clinical sites in the UK and around 18 worldwide that are taking part in a multinational research study into the safety and efficacy of psilocybin therapy in people with treatment resistant depression (TRD).

Psilocybin is a naturally occurring chemical found in particular species of mushrooms, sometimes referred to as magic mushrooms. It is one of a group of drugs known as psychedelics which may have the potential to change perceptions and facilitate insights.

The psilocybin being used in the study has been chemically synthesised to good manufacturing practice (GMP) standards by the study sponsor, COMPASS Pathways, a life sciences company dedicated to accelerating patient access to evidence-based innovation in mental health.

Participants who are currently suffering from at least moderately severe depression for between three months and two years, and have tried between two and four antidepressant treatments in this episode will be recruited into the study. Any still on antidepressants will have these tapered off prior to the administration of a single dose of psilocybin. They will be supported by two trained facilitators for six hours on the dosing day, in a quiet safe clinical environment. Preparation will occur over three weeks prior to treatment and follow up visits will last 12 weeks.

A recent preliminary, open-label study has shown significant improvement in depressive symptoms following psilocybin administration with psychological support. Over 40% of participant’s sustained response at three months and 32% had no need for further antidepressants or therapy at one year.

The data we have currently suggests psilocybin therapy may be a novel and very different treatment for depression.  However, more evidence is required before it is used clinically.  This exciting new study will provide valuable effectiveness and safety information that will help us progress the development of the treatment and its potential introduction into clinical practice.  If the study is positive, this will have implications for many people with depression who have not responded to conventional antidepressants