How is NTW supporting and celebrating International Day of Transgender Visibility? 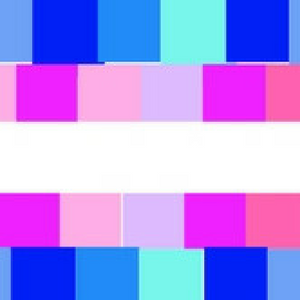 On ITDoV people across the world are encouraged to celebrate the accomplishments of transgender and non-gender conforming people, while also highlighting that we still have a long way to go before we reach equality.

At NTW, we are proud to celebrate and support our transgender service users and colleagues. Today, as well as showing our solidarity by having the trans flag flying above St. Nicholas’ Hospital, there is also a UNISON stall on our main corridor, highlighting trans issues and increasing awareness.

UNISON LGBT and International Officer at the trust, Sophie Robinson, will be one member of staff at the stall today handing out resources and raising awareness. Using her own experience, she has shared how people can help support trans people they know.

She said: “I am proud to say, that as an openly trans member of staff within this trust, my experience of social transition last year was an extremely positive one. To explain, social transition is the process of living full time in public in my self-defined gender identity.

“Many of my work colleagues were aware of my being Trans, but I still experienced heightened anxiety at the prospect of adopting my new identity. But I changed my name by deed poll and began to live as me for the first time in my life!

“I was based at South Tyneside Crisis Team at the time and have to say that all my colleagues were amazingly supportive. One in particular helped me so much, but all of the team were there for me. They are a great team anyway, but I couldn’t have wished for more. My managers also provided proactive positive support, guided by the trust, and made things as smooth as possible. I was given all the support and reassurance anyone could ask for.

“As a result of this support, I then gained confidence to try and raise awareness of trans issues. I have a long history of involvement with UNISON as a rep and was aware of the embedded belief of equality for all. So I approached our branch to assist me with moving the trans agenda forward. As expected, I was welcomed with open arms and have since had many opportunities to bring trans issues to the fore.”

So what can I do to show my support and learn more?

Stonewall – Stonewall is a national organisation that campaigns for equality for lesbian. Gay, bi and trans people across Britain. They run a number of initiatives that people can sign up to, be it increasing equality in the workplace, raising awareness, showing solidarity, and much more. www.stonewall.org.uk

#AskMyPronoun – One cannot assume which gender prounoun (he/she/they/etc) is preferred by someone who does not conform with historically traditional gender identities. It’s important that people have ownership of their identity, and the names and words by which we are known play an important role in that. If you are not sure whether someone prefers “he”, “she”, “they” or anything else, then do not be afraid to ask. It is better than assuming and getting it wrong.

Be – Be is a voluntary organisation based in Newcastle upon Tyne. Their volunteers work to improve the lives of Trans and Non-Binary people throughout the North of England and beyond, through a host of services including one-to-one support, peer support groups and social events. They also run a programme of health and wellbeing events and offer online support. Find out more about them here: http://be-north.org.uk/

UNISON have a dedicated page detailing what action it takes on LGBT fairness and equality.

It is very important to stress that being transgender is not a mental health problem. However, the inequalities and specific difficulties that transgender people face in society can often lead to or contribute to mental ill health. This can include depression, anxiety and other conditions.

At NTW we are home to the Northern Region Gender Dysphoria Service, which is based at Walkergate Park. This is a service for people who experience persistent confusion and/or discomfort with their gender. This includes people who want to change physical aspects of their gender, as well as those who do not.

The Northern Region Gender Dysphoria Service is available to people over the age of 17 who live in England. Some people who are distressed about their gender have other health problems such as physical disabilities or mental health difficulties. The service is open to all but people with more complex needs may require additional support from other services.

People can be referred to the service via a psychiatrist, GP, consultant physician, or other health care professional from anywhere in England.